Use of ‘Do Not Disturb’ Features on Common Cellphones 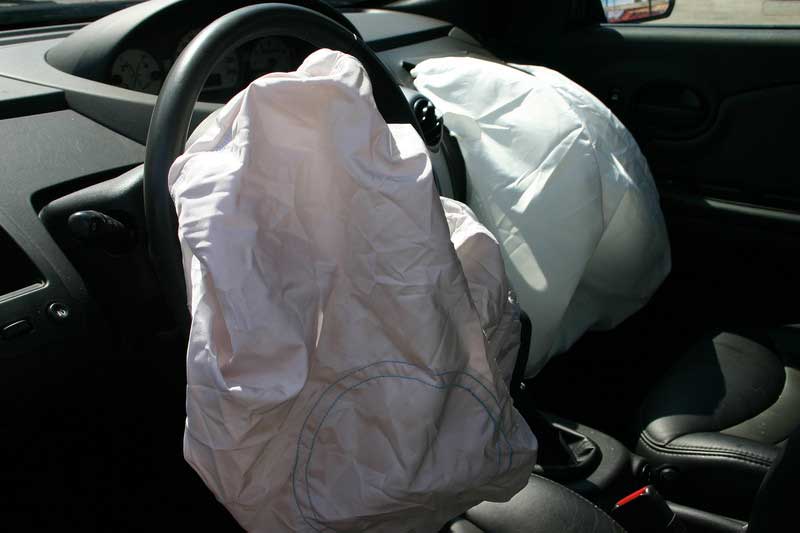 In April of 2019, Arizona became the 48th state in the country to adopt some kind of law against cell phone usage while driving. Specifically, the Arizona law calls for a ban on:

If this sounds harsh, ask yourself if you’ve ever seen someone swerving or swaying because they had a phone in their hand.  We’re betting that you have.

In addition, consider the fact that statistics show that drivers who are thus engaged with their phones are 23 times more likely to be involved in a traffic accident. Moreover, in those states where the hands-free law has been enacted, there are 16% fewer traffic fatalities, which should make it clear that using a cell phone while driving is simply unsafe – by any yardstick you care to measure it.

Some vehicles are equipped with the Bluetooth hands-free feature, in which you can safely take calls and respond to them without having to use your hands. You just sync your phone to your vehicle once, and then it should sync automatically when you get in the vehicle.  This option is greatly preferable to holding a cell phone and texting or engaging in a conversation, but even if you do have the Bluetooth feature, it’s not completely safe. Even though it does not require you to use your hands to hold a phone, if you’re having a conversation with someone, it will distract you from what you should be doing, which is observing traffic all around you, and safely operating your vehicle.

Using the Do Not Disturb (DND) cellphone feature

iPhone and Android cell phones are equipped with a Do Not Disturb feature, which will temporarily block incoming calls and texts, thereby leaving you free to concentrate on driving your vehicle safely. Setting this feature on before you start driving will be a very quick and simple process, and by taking 2 seconds to engage the setting, it may just save your life. Once you’ve reached your destination, you can turn the feature off again and receive incoming texts and calls. On some phones you can even schedule the period each day where you want the DND feature to be turned on, for instance if you drive to work at the same time every day.

If you’re an iPhone owner, say for the Apple iPhone 10 or 11 models, you can enable the DND feature in one of two ways. 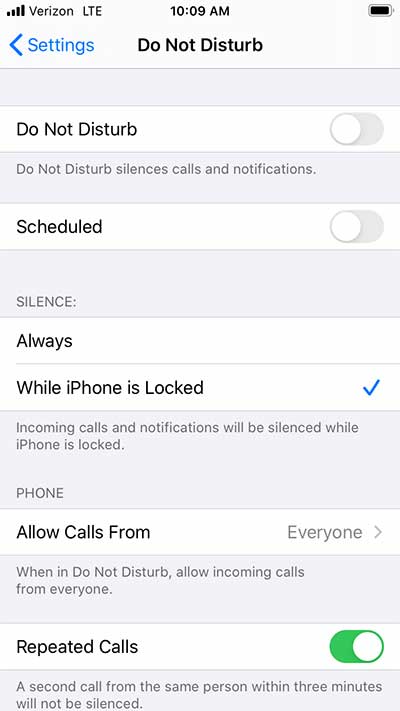 Shown on an iPhone 8, the Do Not Disturb option is activated by a toggle within your phone’s settings. In this image, the DND option is off. 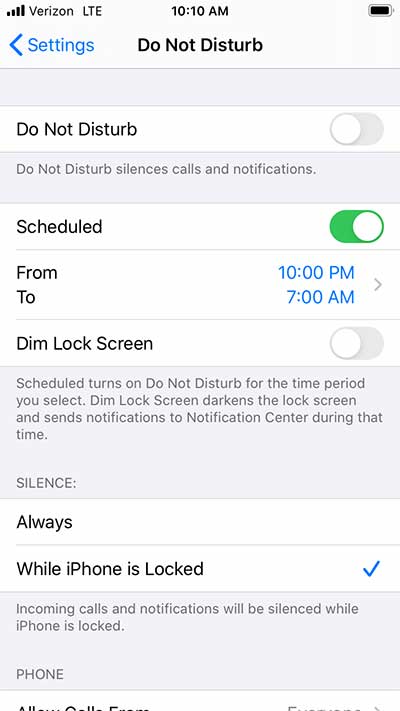 In this image, the iPhone has the DND option scheduled between 10pm and 7am. The user can adjust this to whatever times are needed if driving times are typically the same day-to-day.

Android cellphone owners have the same option, and it can be set in much the same way. For Samsung Galaxy S10 users, you also have more than one way to access the feature.

Do Not Disturb setting on a Samsung S10. Click the button and you will have more options from which to choose.

Once the DND icon is clicked, the user will see available options. Samsung S10 shown.

On the S10, a user can allow exceptions for the DND setting. This is great if you want to remain available for family or certain important calls. But remember, if you DO NEED TO ANSWER, please pull safely off the road.

Owners of Google’s Pixel 2 or 3 model cellphones will also have the Do Not Disturb feature available to them, and can find out about its usage by browsing through this article.

A number of third-party apps have emerged in response to users’ requests for greater functionality and more options besides those offered by the built-in DND feature of your cellphone. For instance, some of these third-party apps allow you to establish different kinds of profiles for non-disturbance based on an occasion, or to simply disable connectivity functions. The big appeal of these types of apps is that they provide far more capabilities than you’ll have on your native phone.

One very popular DND app for Android users is the Nights Keeper app, which blocks all incoming texts and calls other than those on a ‘white list’ of contacts you prepare beforehand. In general, this is the theme of most of the third-party DND apps, because they will permit you to establish situational exceptions to the DND capability. While any exceptions to DND are not advisable when driving, there may be some emergency situations you would want to allow, such as messages from caretakers of your children.

Given the fact that Arizona has now joined the ranks of most other states in banning cellphone usage while driving, roadways will definitely be safer within the state, because there will be less distracted driving. When you’re thinking about what a nuisance that might be and how it might negatively impact your daily life, you should also think about the number of lives that will be saved, and the number of traffic accidents which will be avoided.